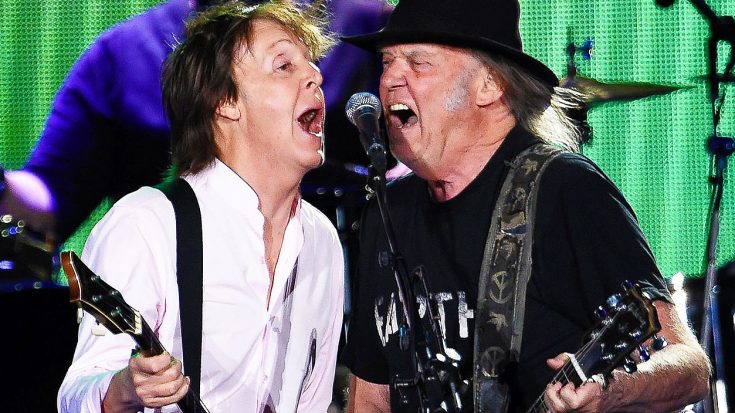 A legendary, and historic night

It was a dream come true for every classic rock fan. Desert Trip, a.k.a. the greatest rock n’ roll festival since Woodstock, seemed way too good to be true. The three day festival at the Empire Polo Club in Indio, California was everything fans wanted it to be, and more.

The festival featured Bob Dylan, The Rolling Stones, Neil Young, Paul McCartney, The Who and Roger Waters. A lineup every classic rock fan dreams of! With all of these legends sharing a weekend festival together, you had to think there would be some crossover between the artists! Luckily, there was, and on Day 2 of the festival, a duet long in the making came to fruition.

During his set, Paul McCartney invited Neil Young up on stage for an unbelievable duet of “A Day In The Life.” Young had played earlier for the night, so Paul decided to keep his set fresh, and the party going by including him in his time slot! It was an incredible moment, that the people at the concert will cherish forever!

We always enjoy seeing stuff like this! Two legends who have a great deal of respect for each other’s work and careers, sharing the stage for a priceless moment! Their voices complemented each other extremely well, and Neil seamlessly blends into this song incredibly well!

Watch the historic moment for yourself down below!