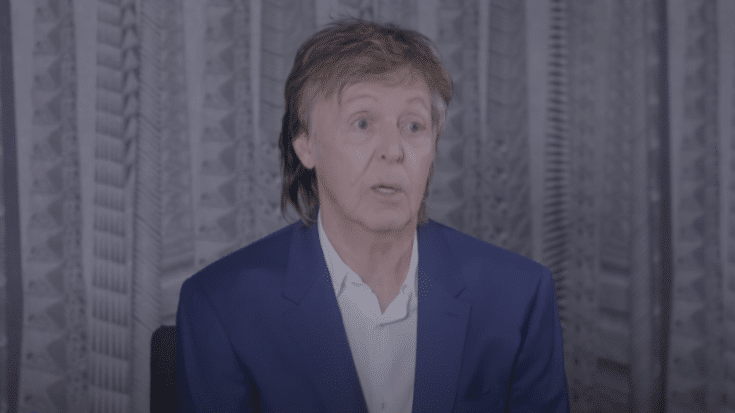 He Also Recalled An “Emotional” Kitchen Routine With Linda

In a recent conversation posted on his website, he reminisced about cooking alongside his late wife Linda. They were both vegetarians and even after she passed away, he continued to avoid eating meat. In fact, Macca wrote a cookbook with his daughters Mary and Stella titled Linda McCartney’s Family Kitchen and it featured 90 of Linda’s plant-based recipes. It also included family favorites such as American-Style Pancakes, Chilli Non Carne, Pad Thai and Crunchy Pecan Cookies.

In the interview, Paul recalled his fondest memories of Linda in the kitchen. They actually shared cooking duties but he admitted that she was the better cook.

“I would always volunteer, because we were very close and I was often in the kitchen by her side,” he said. “I would say, ‘Anything you’d like me to do?’ And one thing I didn’t mind doing was chopping the onions – even though it made me very emotional… I’d even cry sometimes! I quite liked chopping the onions, I liked the idea of sparing Linda the tears.”

Paul shared that “it was a joint decision” to become vegetarians.

“We were both quite happy eating meat, because she was a great cook,” he recalled, “and we didn’t really think about it until we were on the farm one day eating a lamb dinner and both realised that the lambs outside were what we were eating. We didn’t like that!”

“We said, ‘Shall we try going vegetarian?’” he continued. “And actually, it was a very exciting point in our lives, trying to think of what we would have to fill the hole in the middle of the plate.”