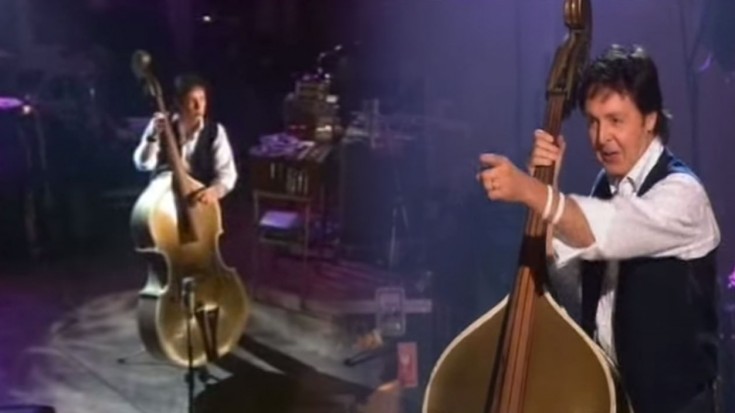 Paul McCartney- Even Sounds Like Elvis In This One

What a freaking legend Paul is. As the bassist of the most iconic rock and roll band, in this clip he shows his talents on the upright bass. The “upright” as many call it officially known as the “double bass”, is the acoustic early version of the electric modern day bass guitar that would become Paul’s role in The Beatles.

The upright is still played mostly by classic jazz, orchestras, and folk musicians and there are plug-in versions as well. It is the largest and lowest pitch of the string instrument family.

Paul reveals the original Elvis Presley bass, played by Bill Black, and sings Heartbreak Hotel. One thing you might have noticed if you are a hardcore Elvis fan is the white trim around the bass, that appeared in the early album covers. Elvis and his crew would drive through the Interstate with that big ol’ thing strapped to the roof rack. Imagine that?