Paul McCartney Joins In On The Current Viral Sensation With Hilarious Video! 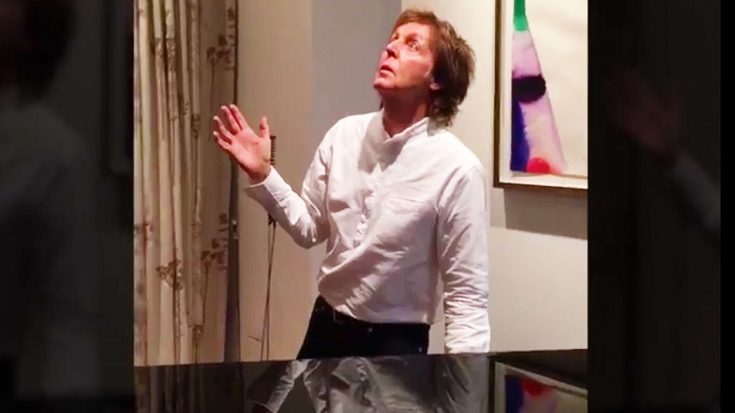 Every year, there seems to be some sort of viral sensation that sweeps the internet world. A few years ago it was the cinnamon challenge, then the “Harlem Shake,” then it was The ALS Ice Bucket Challenge, and this year we’ve had (and lost) Harambe.

The most recent internet sensation sweeping our world is the mannequin challenge. The challenge basically consists of groups of people, or individuals, making a video where everyone in the video is completely still in various poses, as if they were mannequins. In addition, there is typically music playing in the background, while a person holding the camera pans from person to person, to show the frozen scene. The most recent rockstar to take part in this viral sensation is Beatles’ legend Paul McCartney.

McCartney did the challenge solo, next to his piano and with the song “Black Beatle” by Rae Sremmurd playing in the background. he captioned the video “Love those Black Beatles #MannequinChallenge” It’s a pretty hilarious video, and it’s great to see McCartney keeping up with the current trends! Check out the video down below and let us know what you think for Sir Paul’s awesome challenge video!