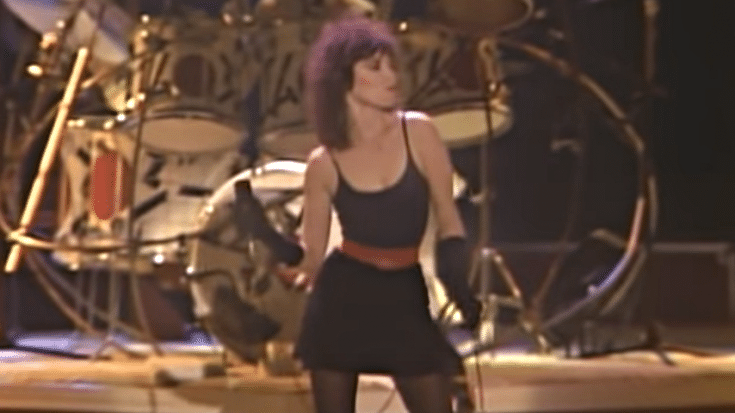 Having written over 200 songs for musicians like Joe Cocker, Carly Simon, and the Doobie Brothers- Eddie Schwartz quickly became a successful music producer, based in Nashville. The period before he started ranking up in the music industry was concentrated on struggles. Schwartz was a guitarist living in Toronto and resorted to going to therapy and work on self-improvement.

Included in the self-improvement regime was a form of therapy called, bio-genetics.

“I was in a kind of weird therapy when I was in my mid-20s, it was called bio-energetics, I believe. One of the things we did was punch pillows, I guess it had something to do with getting out hostility. I went to a session where we punched the pillows for a while. It all seemed kind of strange, but I remember walking outside of this therapy session and standing on the doorstep of the building I’d been in, this small house in Toronto, and the title just came to me, Hit Me With Your Best Shot…. I haven’t been to therapy before or since. Maybe I should go back,” states Schwartz.

Once he had a title, the songwriter signed on with the publishing company ATV (Beatles catalogue). He created his demo, which featured 4 songs. One of those songs was, “Hit Me With Your Best Shot.” What happened next was a bittersweet testament to musicianship.

” I was about to get on a plane to go back to Toronto and I was so dejected that my favorite song had been recorded and then erased. The engineer, John Rhys, invited me to dinner the last night to cheer me up and at dinner he passed me over a little cassette and said, ‘they told me to erase the song and I had to because they’re my biggest client, but I made one copy of the song for you because I knew how much you loved the song.’ “

According to Schwartz, Pat Benatar was in the office next door to the producers who were listening to the demo- and she could hear the music through the wall. Eventually Benatar recorded the song but not without changing some lyrics first. “Before I put another notch in your lipstick case,” was changed to “MY lipstick case.” This tiny change meant a lot for the female demographic- and was an overlooked power stance.

The song was included on Benatar’s 1980 album, Crimes of Passion and charted #9 on the US Billboard charts.

“The song is laden with sexual innuendo, but at the core is a song about self confidence. It’s a song saying ‘no matter what you throw at me, I can handle it, I can play in your league,'” Eddie Schwartz explains.