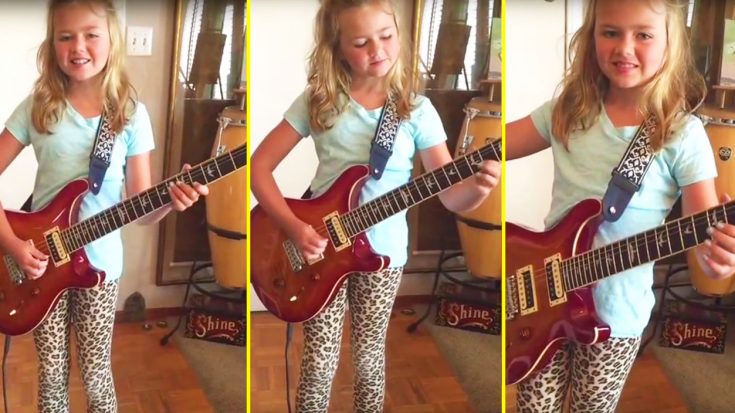 Wow, They weren’t expecting that!

Im’m pretty sure every parent would be proud to see their child pick up an instrument and absolutley shred a classic rock song! Well, for these parents, their 10-year old daughter Salem absolutley crushed this cover of the intro to AC/DC’s “Thunderstruck.” Salem’s parents hand her their PRS model guitar (Paul Reed Smith), which is a very expensive guitar, and the young girl rocks the intro of “Thunderstruck” perfectly and with ease!

Fun Fact: AC/DC’s Young brothers – guitarists Angus and Malcolm – wrote this song. They would often tell a story about how the song came about when Angus was flying in a plane that was struck by lightning and nearly crashed, but in the 2003 re-release of The Razor’s Edge, Angus explained in the liner notes: “It started off from a little trick that I had on guitar. I played it to Mal and he said, ‘Oh I’ve got a good rhythm idea that will sit well in the back.’ We built the song up from that. We fiddled about with it for a few months before everything fell into place.”

These parents definitely raised their child right! She has a heck of a future in music if she keeps up with the guitar! We’ll be watching out for Salem in the future, and can’t wait to see her on stage rocking it with a band someday!

Check out Salem’s cover down below!