Paparazzi Compares The Beatles To Justin Bieber, And Ringo Starr’s Response Is Priceless! 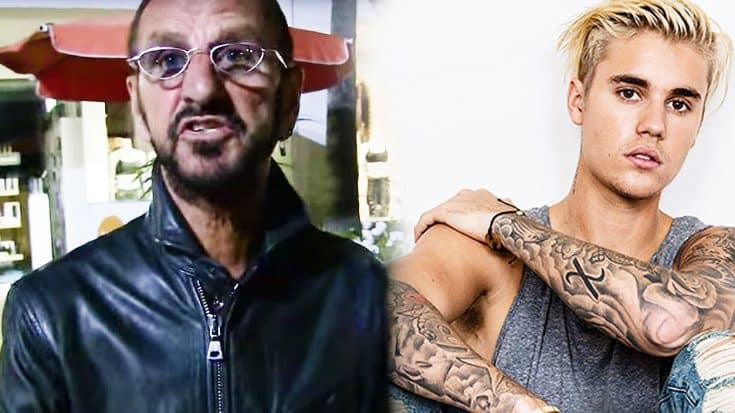 “No one’s bigger than the beatles….”

There’s no question that The Beatles changed music history forever. Their popularity changed everything about pop music, and almost started this trend of people worshiping these celebrities and musicians. This trend has continued into today’s world, specifically with stars like Justin Bieber.

Bieber has become a larger than life icon, almost, and can almost be considered today’s modern version of the Beatles (only in terms of fame, not talent). One paparazzi member decided to ask Beatles drummer Ringo Starr about the pop sensation. The reporter asked Ringo: If the Beatles and Justin went on tour together, who would open? Ringo’s answer was plain, simple and straight to the point.

“Justin. Beatles all the way, brother….but we love Justin. That’s the second question, which I’m not going to answer.”– Ringo said.

Obviously this is the correct answer! There’s no way that the Beatles would open for Bieber! I mean, you have to save the best for last! Even Joe Walsh, who makes a cameo appearance, agrees!

So there you have it, from a Beatle himself. They respect Justin, but they always know they’ll be bigger than him! Check out Ringo’s encounter with the paparazzi down below!