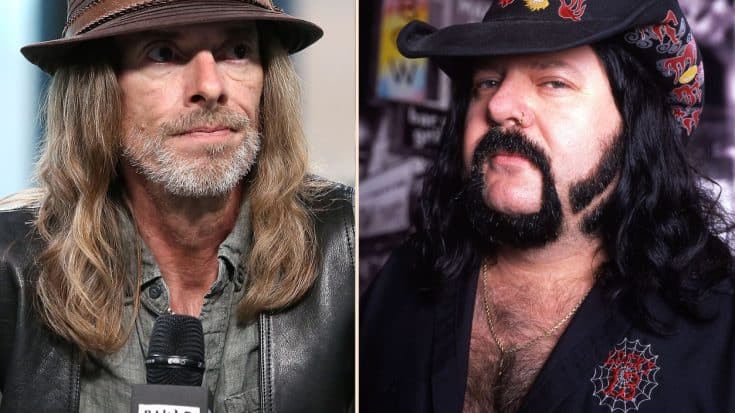 Two weeks after the death of former Pantera drummer Vinnie Paul Abbott, his friend and former bandmate Rex Brown is weighing in.

Brown, 53, was among the first to weigh in on Abbott’s June 22nd death at the age of 54, taking to Twitter that Sunday with a heartbroken acknowledgement of his friend’s passing. “The last few days have been very difficult & painful,” he explained. “At this time, I need more time to process my feelings. Thank you for all the love that has been sent. A formal press release will be coming shortly,” read the rest of the statement before Brown signed off with, “Rest in peace brother Vinnie!”

The last few days have been very difficult & painful. At this time, I need more time to process my feelings. Thank you for all the love that has been sent. A formal press release will be coming shortly. Rest In Peace Brother Vinnie! pic.twitter.com/55DJFpKCqR

In a brand new feature with Rolling Stone, Brown has released a lengthy, formal statement on Vinnie Paul’s passing as promised, the first of its kind from either he or Phil Anselmo, Pantera’s sole surviving members. Where other statements and tributes from friends focused on Vinnie Paul’s talent, friendship and influence, Brown’s offers an entirely different perspective which, sadly, makes the magnitude of what he’s loss even larger.

What ultimately became one of the most influential, fiercely respected bands in the metal world began in a high school music program. Brown, then 15, was thrown together with Abbott for rhythm sectionals – meetings to drill, tune, or practice fundamentals –  and immediately formed a bond with him, playing the entirety of Rush’s 2112 instead of the music they’d been given to rehearse.

“Vinnie and I formed a really tight bond, as we would have to do sectionals. In these sectionals, they’d put Vinnie and I in a room, but rather than go over the stuff we were supposed to rehearse, we’d play Rush’s 2112 in its entirety instead.”

STATEMENT ON THE LOSS OF VINNIE PAUL: ˝I’ve been devastated, saddened, and shaken, almost beyond words, about the passing of my longtime brother in Pantera, Vincent Paul Abbott”….read more https://t.co/NU3DAnezga pic.twitter.com/xXWxlop9TV

Brown lovingly looks back on the years he, Vinnie Paul and Darrell, Vinnie’s younger brother, spent building the foundation for what would become their legacy.

They played shows across Texas, Louisiana and Oklahoma, sometimes doing upwards of five performances a night six nights a week in between recording music together; in six years they’d been rejected by a whopping 28 record labels. It wasn’t until Pantera sold 40,000 records out of their car trunk that major labels began to sit up and take notice of what three Texas boys and their brooding singer from the swamps of Louisiana had accomplished through sheer force of will, and the rest, as they say, is history.

“I’m so grateful to have been around the Abbott brothers, to play some part in their legacy, to share more than half of my life on the road and in the studio with them,” he finishes. As someone who knew the Abbotts way back when, Rex Brown knows exactly how to honor Vinnie’s life and legacy: celebrate. Celebrate his life, celebrate his music, celebrate his friendship.

“At the end of the day, all you can hope is that you gave it your all, ya’ know? Vinnie did. He gave everything he possibly could, as we all did.

The best way to honor Vinnie is to celebrate his life. He approached drumming, and friendship, with his own brand of perfection. We must remember the great times we shared with him. Rest in peace, Vinnie, and give Dime a big ole’ fashioned Texas style hug from all of us. You made an incredible mark on the world and you were taken from us way too soon.”