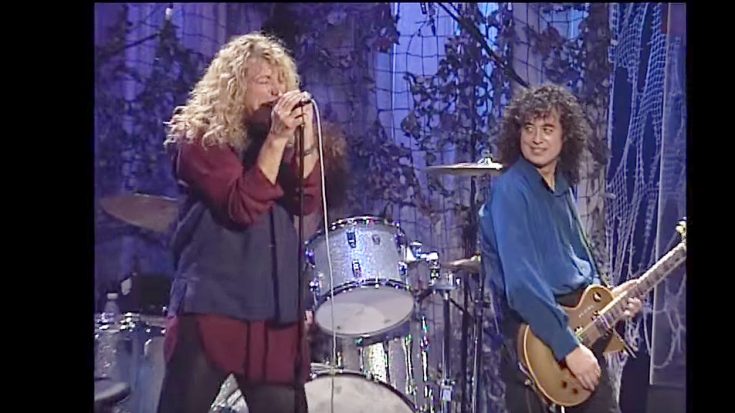 A Fresh Take On An Old Classic!

Now, the “drama” basically stems from Led Zeppelin bassist John Paul Jones not being invited to this performance from “Led Zeppelin” (i.e. just Robert Plant and Jimmy Page) in 1994. This performance was originally intended to be an acoustic performance, and though throughout the concert that guideline is followed at times, they probably just couldn’t help but break the trusty old electric guitar. Not only were there electric guitars though, there were a plethora of different instruments. Normally someone would say that these instruments are out of place in this concert, but knowing Robert Plant & Jimmy Page, it’s the norm, but anyway.

What you’re about to watch is a performance of the song Kashmir by, of course, Led Zeppelin. It’s a rather unique rendition that’ll leave you scratching your heads, but as you may know, Led Zeppelin are infamous for trying new and innovative things. Case in point, this performance. Some might say it’s strange, but the REAL fans will say it’s awesome!