Dio Debuts As Hologram, Gets The Chance To Rock Again One Last Time 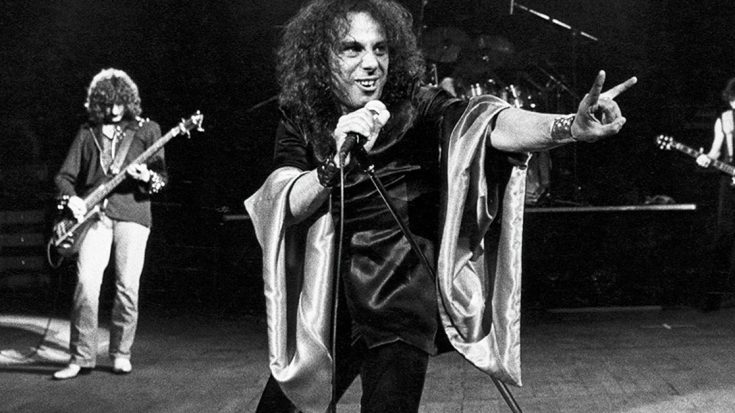 Technology, for all its faults and foibles, is capable of giving back to the world in the form of some really, really wonderful experiences that even just a decade ago were considered impossible. Things like death and physical distance are no longer barriers between us and the people and things we love, never again able to render those we’ve lost a memory only to be revisited in memories – and this weekend, the world saw that technology bring smiles to thousands of faces at Germany’s Wacken Open Air Festival with the shocking return of Ronnie James Dio.

Dio, who died in 2010 following a lengthy battle with stomach cancer, appeared at Wacken as a hologram and helped Dio Disciples wrap up their set with an electrifying take on Dio’s 1984 classic “We Rock” before a crowd of over 70,000 strong who were torn between being excitement, shocked amazement, and tears of joy at the sight of a man the world said goodbye to more than 6 years ago.

Incredibly lifelike in its mannerisms – complete with Dio’s signature devil horns and a towel slung casually at his feet – Dio’s hologram was a labor of love over a year in the making and didn’t just leave fans in tears; it brought out an emotionally charged response both from his former bandmates in Dio Disciples and his beloved wife, Wendy. “I cried the first time I saw it,” Wendy Dio told Rolling Stone. “It was quite, quite scary. Our crew, when they first saw it at rehearsal, they were in tears. It’s absolutely amazing.”

While the footage of Dio’s hologram debut is admittedly not that great as we wait for the official release of that portion of Dio Disciples’ set Saturday night, it still gives you a pretty fantastic idea as to the magic that happened when Dio appeared onstage and should get you prepared for the full tour his hologram is slated to embark on in 2017.