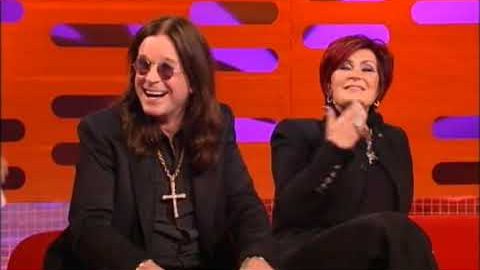 Ozzy Osbourne is recovering from his recent major surgery and now wants to renew his wedding vows with wife Sharon as they celebrate their coming 40th wedding anniversary.

The Prince of Darkness wants to make a big effort for his wife and wants to head back to Maui, where they initially exchanged their wedding vows 40 years ago. A friend of the couple said in a statement:

“Ozzy may have been waiting on getting his neck and back sorted after extended leg pain, which has left him unable to walk for long periods. But while that has been his hope, he always wants to treat Sharon to something special for their 40th. They renewed their vows in Vegas [in 2017], but he hoped to fly them to Maui for a break to recall their big day.

“He hopes that his recovery will be short and nerve damage will be removed so that he can treat his wife. Ozzy may have gone through the mill in recent years, but his spirit and desire to show Sharon how much their love burns bright remains.”

After the rocker’s surgery on June 13, Sharon shared an update on Ozzy’s condition on Twitter that read:

“Our family would like to express so much gratitude for the overwhelming amount of love and support leading up to Ozzy’s surgery! Ozzy is doing well and on the road to recovery! Your love means the world to him.”

Later in the week, Ozzy stated his own message to fans:

“I am now home from the hospital recuperating comfortably. I am definitely feeling the love and support from all my fans and send everyone a big thank you for their thoughts, prayers and well wishes during my recovery.”