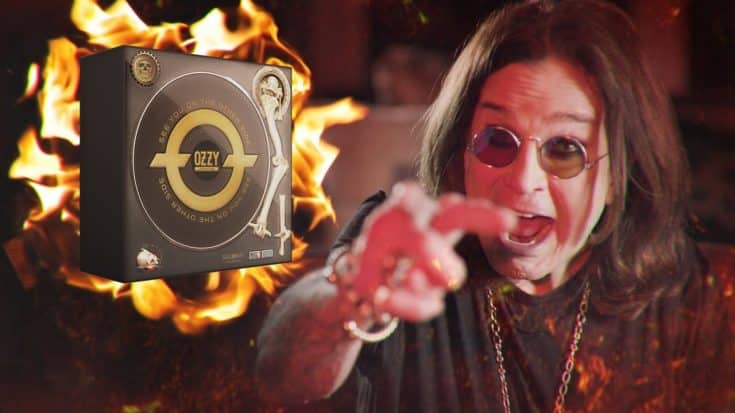 “It’ll Help You Find A Girlfriend… Probably Not”

First of all, can we all take a moment to appreciate how equally weird and hilarious this announcement is? Normally when rockstars announce their rarities collection, they just put out a news release or an official statement but not Ozzy Osbourne. He did it in the most extra way possible and of course, with the help of good friend and fellow metal legend Zakk Wylde.

See You On The Other Side is a career-spanning, limited edition vinyl collection that will be released on November 29. This 173-track package will feature 16 albums from the Prince of Darkness’ discography spread out on 24 unique 150-gram hand-pressed splatter-vinyl LPs. There are also ten full size posters and twelve augmented reality experiences. As if that’s not enough, each boxed set will also have an individually numbered vellum certificate of authenticity signed by Ozzy himself.

“This one’s the most elaborate collection so far. It’s very well thought-out and well put together. It’s got everything in there that you possibly could want and some surprises along the way.

“The sound of a vinyl record is different, and I do believe that vinyl sounds better.” – Ozzy Osbourne

According to Wylde, this is life-changing and mind-melting which we actually believe. It’s already available for preorder.