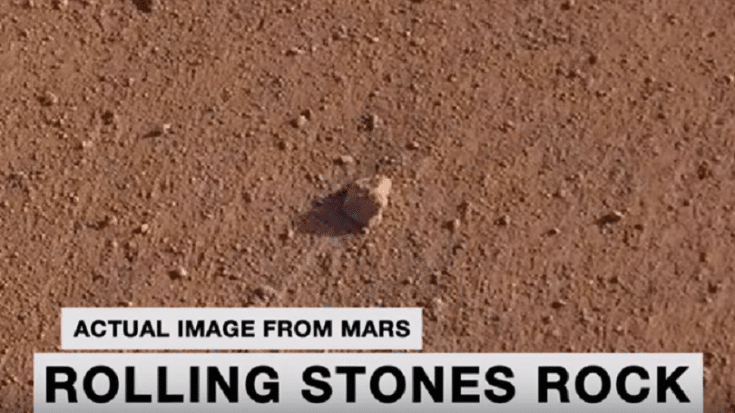 This is yet another milestone for the band – their influence has now reached Mars. In a recent report by NASA, their InSight lander just named a Mars as “Rolling Stones Rock” which is pretty clever. Just “a little larger than a golf ball”, it was propelled for about 3 feet (or 1 meter) by the spacecraft as it landed on Mars last November 26, 2018.

According to a news release in NASA’s official website, “It’s the farthest NASA has seen a rock roll while landing a spacecraft on another planet.” Thus, the name is more than a tribute to one of the greatest rock acts in history, it’s also undeniably fitting. It’s literally a rolling stone.

“What a wonderful way to celebrate the ‘Stones No Filter’ tour arriving in Pasadena. This is definitely a milestone in our long and eventful history. A huge thank you to everyone at NASA for making it happen.”

On August 22 just before The Rolling Stones took the stage at Pasadena’s Rose Bowl Stadium, Robert Downey Jr. made the announcement. It’s the perfect timing because the stadium is only three miles from NASA’s Jet Propulsion Laboratory. The name isn’t exactly official though but it will still appear on the working maps of the Red Planet.