Ozzy Osbourne Released Preview For “Under The Graveyard” Video 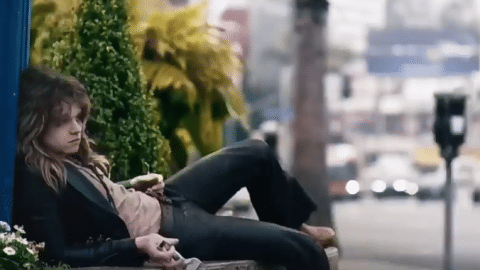 Back in November, Ozzy Osbourne released his first song in nine years – “Under the Graveyard” from his upcoming album Ordinary Man, out early next year via Epic Records. Just like last time, Ozzy teased with a preview of the track’s official music video ahead of its full release this Thursday, December 19th.

The cinematic clip is set in 1979 in West Hollywood. It also features Jack Kilmer as Ozzy Osbourne and Jessica Barden as Sharon. The 38-second teaser showed Ozzy during one of the lowest points of his life – after his dismissal from Black Sabbath. At the time, he thought he was done. And so he turned to alcohol and drugs.

Ozzy once admitted, “I’d got £96,000 for my share of the name, so I’d just locked myself away and spent three months doing coke and booze. My thinking was, ‘This is my last party, because after this I’m going back to Birmingham and the dole.'”

And it was when Sharon came and gave him good news – that they want to manage him. Ozzy ended up resurrecting his career and shot back straight to the proverbial top of rock.

So, guess we’ll just have to wait and see how much of this story gets into the video.