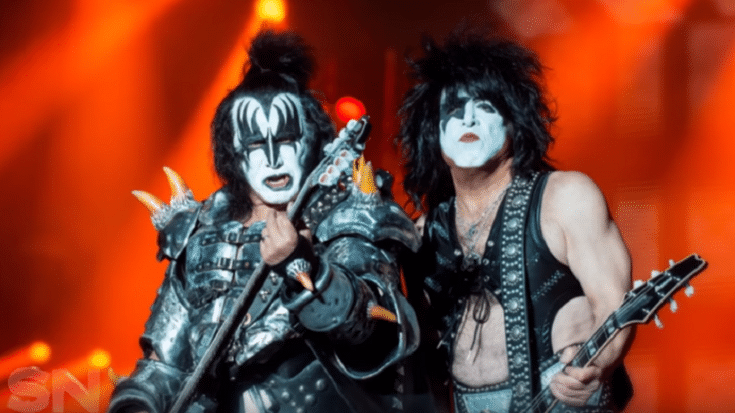 It’s Gonna Be A Busy Year for Diamond Dave

David Lee Roth is set to open KISS’ End of the Road Tour in 2020. He will be the band’s opening act for their 43 shows in North America.

Earlier this year, Roth claimed that “Van Halen’s finished” and he’s also slated to start his Las Vegas residency on January 8 at the House of Blues at Mandalay Bay Resort & Casino. KISS, on the other hand, already announced that their farewell tour will end on July 17, 2021 in New York City.

There are still a few who don’t know that KISS and Van Halen go way back before the latter became rock titans. In 1976, Gene Simmons saw them play at a small club in Los Angeles, offered to sign them up to a label, flew them to New York City, and produced a couple of their demos. Simmons told Mitch Lafon in an interview, “And then when I got too busy I tore up the contract and I said, ‘You guys are free. I gotta go back on tour, and if I have time at the end of the tour I’ll go shopping for a deal for you. I can’t ethically, personally, hold on to you guys while I’m off on tour.’ So I did the right thing. And the guys, of course, got signed right away. And in return, the brothers Van Halen were kind enough to appear on three songs that I wrote when we came back from Japan in 1978.”

The Kiss and David Lee Roth End of the Road 2020 Tour will kick off on February 1 at the SNHU Arena in Manchester, New Hampshire and wrap up on October 2 at the Dickies Arena in Fort Worth, Texas.