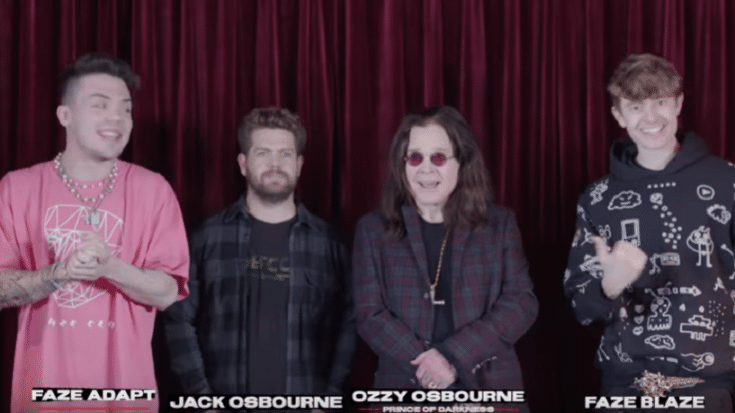 Ozzy Osbourne tried to guess the animals in the “What’s in the Box?” challenge with YouTube stars FaZe Clan. Filmed at the Prince of Darkness’ massive mansion, the duo brought in a custom-made “Ordinary Man” box where Osbourne has to plunge in his hand, touch the animal, and try to guess what it is. For the first round, he bravely touches the lizard and after asking “What the f*** is that?”, he ends up taking a peek inside.

For the second round, he was told to go slowly and so he asked whether the animal would bite him. His first guess was porcupine before correctly identifying it as hedgehog.

And as the others try the challenge, Osbourne gamely sits up in front and well, you just have to watch it to enjoy it. Ozzy Osbourne basically proves once again that he’s the ultimate entertainer. Even his wife Sharon participates!

Osbourne’s highly anticipated album “Ordinary Man” will drop on February 21. He has previously canceled the North American leg of his “No More Tours 2” as he seeks further treatment for his Parkinson’s Disease. He said in a statement, “I don’t want to start a tour and then cancel shows at the last minute, as it’s just not fair to the fans.”