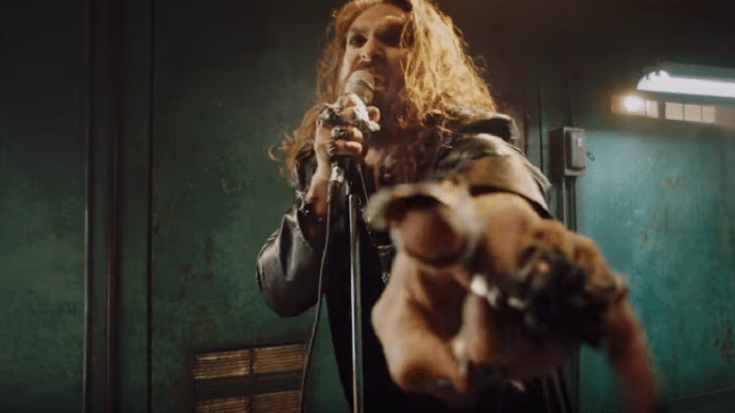 Jason Momoa Transforms Into The Prince of Darkness

To help promote Ozzy Osbourne’s new album “Ordinary Man” out last February 21, Hollywood actor Jason Momoa is featured on the “Scary Little Green Men” teaser clip as the Prince of Darkness himself. After playing the roles of Game of Thrones’ Khal Drogo and Aquaman, Momoa just took on this new character that suits him perfectly.

The video opens with the message – “The following preview has been approved by bat-loving audiences to accompany Ozzy Osbourne’s new album Ordinary Man.” A cloaked character can then be seen approaching the microphone in a dark hallway. At first, we all thought it’s Osbourne but when the hood came off, it’s actually Jason Momoa. He lip-syncs to “Scary Little Green Men” dressed as Osbourne.

It’s no secret that Momoa is a metalhead in real life. He revealed in 2018 that Tool, Black Sabbath, and Metallica inspired his Aquaman character. He said, “I kind of build my characters off of metal songs. Conan (The Barbarian) was really heavy Pantera, I’d say Aquaman was probably mostly built out of Tool and (Metallica’s) Kill ‘Em All. ‘Ticks and Leeches,’ if I want to get specific. There’s a lot of Sabbath in there too.”

Back in December, Momoa and his son joined Phil Anselmo on stage to cover Pantera’s 1992 song “This Love.”