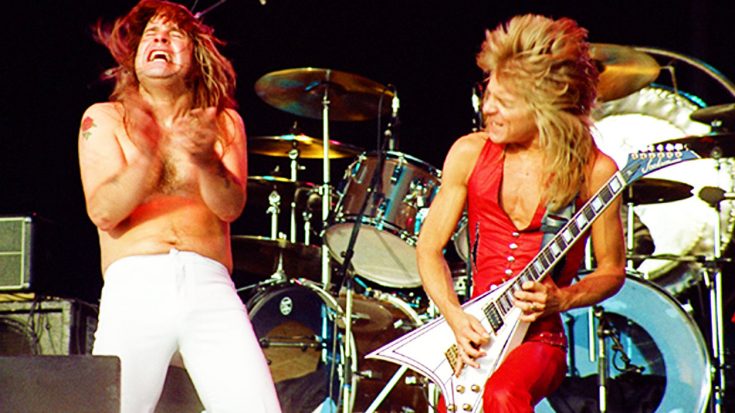 He meant so much to Ozzy!

It’s a bittersweet time for the members, and fans of Black Sabbath. Black Sabbath’s career is slowly dwindling down, as the final dates on their farewell tour are fast approaching. Although Ozzy Osbourne plans to continue his solo act after the ending of Black Sabbath’s tour, it’s still sad to see one of the creators of metal music going away for good.

Last week at the Classic Rock Honours, Ozzy was honored for his solo album Blizzard of Ozz. The album was recognized for the Classic Album Award, and Ozzy accepted the award on stage. After the ceremony, however, Ozzy gave an emotional speech about his guitarist on the record Randy Rhodes. Ozzy had a long statement where he basically stated that he wouldn’t be anywhere near where he is today.

“He was like a lightning bolt that came into my life, changed everything, he was a wonderful, wonderful guy. He was a very patient guy, he knew what he wanted to do, he was very focused and he was just a true musician. On days off when we were touring, he would get the yellow pages and phone up a classical guitar teacher and have a lesson in his room every day. He was a special guy. I kind of knew, I remember saying to someone, ‘He ain’t gonna make old bones.’ I don’t remember why I said it, but I kind of knew he wouldn’t make old bones. In the journey of life, I’m a believer in what’s meant to happen. But if I could have him back I’d love to see him again. One day we’ll meet again.”– Ozzy said.

Pretty powerful words from Ozzy. You can tell he truly misses Randy, and that he is honored that he got to make music with him! Fantastic tribute, Ozzy! We miss him too, and we’re looking forward to the music you will be making after Black Sabbath’s tour!