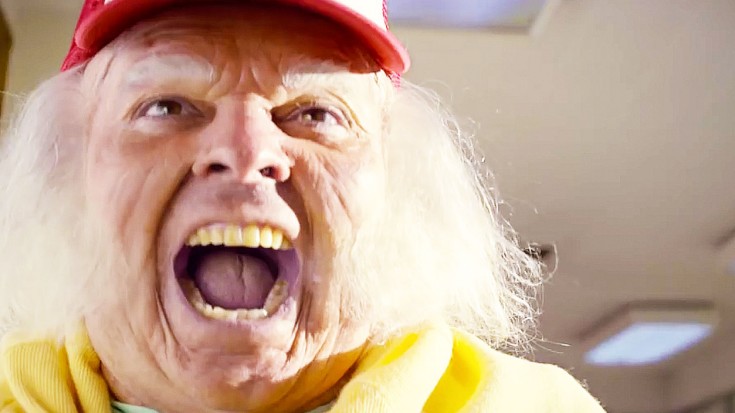 In this case, this is no “Same Damn Life,” in Seether’s official music video packed with convalescent home crashing, scooter chases, strippers, wild elderly dancing and so much more. Influenced by what would seem like Bad Grandpa/ Jackass, the guys of Seether are dressed up head-to-toe in “old”  makeup rocking the mix-matched, high wasted golf shorts that are secretly pretty comfortable.

“It’s just a song that I was screwing around with in my studio and it was like two or three in the morning and I just started playing that riff and decided it was pretty funny. So … I came back the next day and finished writing the song.” – Shaun Morgan

Released as the third single from Isolate and Medicate, “Same Damn Life” hits lightly on the struggles of aging and the intellectual changes and losses that may accompany it- trying to relive ones own life while these sweet elderly people are stuck in “Seether Hills” retirement home.

As we start to see these folks rock out to the epic lyrics of the song, one of the women shuts off the lets and all hell breaks loose with some of the most hard rocker strippers you’ve ever seen; mohawks, garters and all. As they regenerate themselves through the energy of the dancers and music, the residents of Seether Hills get to relive their wildest, most youthful fantasies- even if just for a few minutes.