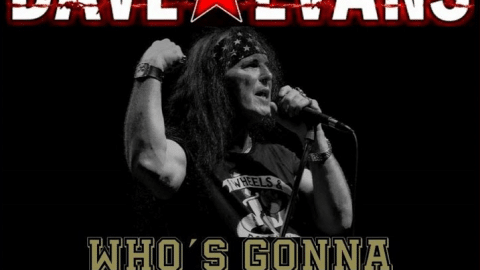 Before Bon Scott, AC/DC was fronted by Dave Evans. He was with them for a few months before they went their separate ways. It simply did not work because Angus and Malcolm Young felt like Evans didn’t suit their style.

Evans just dropped a new blues rock song titled “Who’s Gonna Rock Me?” via Chrystal Records. He is backed by Bad Boy Troy on guitar, Gary Partin on guitar and bass, Wasim Balzaar on drums, and Martin Gilardi on keyboards and rhythm guitar.

He sat down for an interview with The Rocker Diaries in February where he talked about his time with AC/DC.

“We were always ambitious when we first started,” he recalled. “We always wanted to be the best in the world — all of us. And after me, Bon Scott got his chance. He did great with the band. And when he died, I just thought, ‘Who are they gonna get?'”

“I never thought [that I would be approached about rejoining] myself, because that’s water under the bridge,” he continued. “And I was busy with bands as well at the time, and doing my own music and recording.”