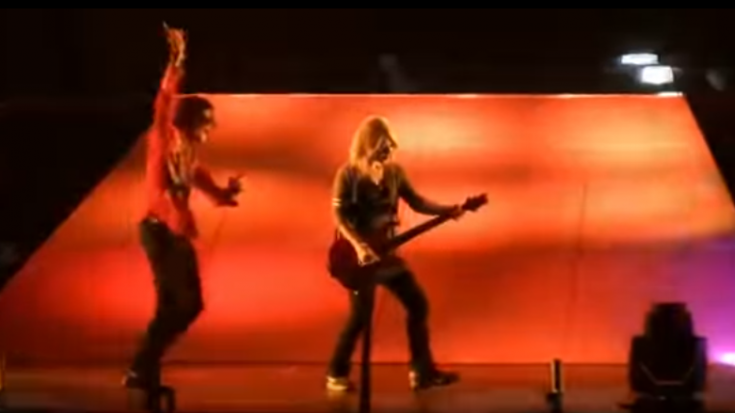 This Gave Me Chills

This rock chick knows how to shred! FYI, she wasn’t just the lead guitarist for Michael Jackson’s ‘This Is It’ series of shows but the legendary musician handpicked her. Whoa, talent really does recognize talent. Oh and let’s not forget she has also played alongside other icons like Steve Vai, Prince and of course Alice Cooper. She has her own signature PRS model and also performed during Eric Clapton’s Crossroads Festival. Yep, she has life figured out.

MJ also told her once before they started rocking out to ‘Beat It’: “This is your chance to shine!”. That gave me goosebumps. Such a huge encouragement from the King of Pop.

“It was so devastating for all of us involved, working with him for three months preparing for the biggest show on Earth,” she says. “But I got to play music with him-I’m so grateful I got that time. The experience made me believe in myself more.” — Orianthi