Only True Fans Will Recognize This Rare, Early Version Of Pink Floyd’s “Sheep”, Do You? 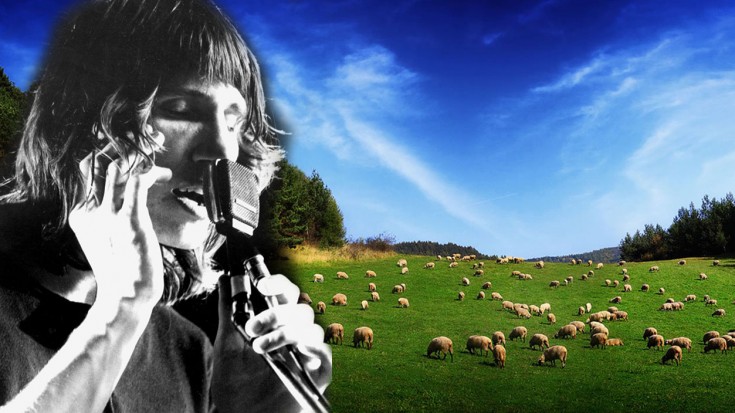 Having featured “Pigs ( Three Different Ones)” last week, we figured we would follow the Animal trend, but spice it up a bit with some “Sheep” this time.

“Babbling and snapping at far away flies, he will zig zag his way back through memories of boredom and pain.”

In this recording, you will hear an early recorded, live version of “Sheep” with changes in the chords entering and throughout the song and even went under the name “Raving and Drooling” on the Experience Version of Wish You Were Here.

Fun Fact: This song was originally titled “Raving and Drooling (as mentioned above), but the name of the title was changed to fit the album Animals.

We can hear the slight changes in the song, but being huge Pink Floyd fans, we can understand that sonically this early version is not far from the masterpiece they turned it into.

What do you think when you compare them?

How does it feel
To be empty and angry and spaced?
Split up the middle
Between the illusion of safety in numbers
And the fist in your face

Hopelessly passing your time in the grassland away;
Only dimly aware of a certain unease in the air.
You better watch out,
There may be dogs about
I’ve looked over Jordan, and I have seen
Things are not what they seem.

What do you get for pretending the danger’s not real.
Meek and obedient you follow the leader
Down well trodden corridors into the valley of steel.
What a surprise!

A look of terminal shock in your eyes.
Now things are really what they seem.
No, this is no bad dream.

The Lord is my shepherd, I shall not want
He makes me down to lie
Through pastures green He leadeth me the silent waters by.
With bright knives He releaseth my soul.

He maketh me to hang on hooks in high places.
He converteth me to lamb cutlets,
For lo, He hath great power, and great hunger.
When cometh the day we lowly ones,

Through quiet reflection, and great dedication
Master the art of karate,
Lo, we shall rise up,
And then we’ll make the bugger’s eyes water.

Bleating and babbling we fell on his neck with a scream.
Wave upon wave of demented avengers
March cheerfully out of obscurity into the dream.

Have you heard the news?
The dogs are dead!
You better stay home
And do as you’re told.
Get out of the road if you want to grow old.