Olympic Horse Caught Getting Down To Santana’s “Smooth” 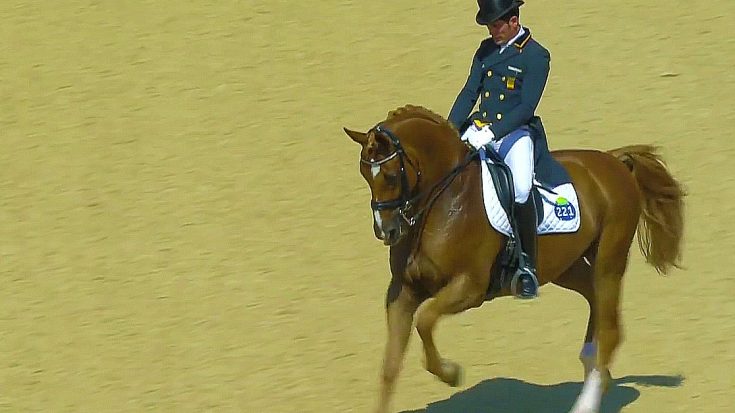 Yep – You Read That Right!

This year’s Olympics in Rio may have shown the world the greatness man is capable of, but let’s be real here: the real star of the show was anything but human! Olympic showhorse Lorenzo stole the show this week when with the help of his trainer Severo Jesus Jurado Lopez of Spain, he danced his way into the hearts of millions watching with a fun dressage routine to Carlos Santana’s 1999 smash hit “Smooth,” turning the Rob Thomas-fronted song into one of the coolest and quirkiest moments from the 2016 Olympics.

That wasn’t the only time during Lorenzo’s performance that classic rock came into play; the horse and his trainer actually used Bon Jovi’s “It’s My Life” in a later portion of their routine, bringing a little fun to a pretty serious sporting event. Sadly, this rockin’ pair only came in 5th despite their fun and original routine, but who cares – we’ve never seen a horse get down to Carlos Santana, and the creativity that went into coming up with a routine like that alone is enough for us to call Lorenzo a winner!