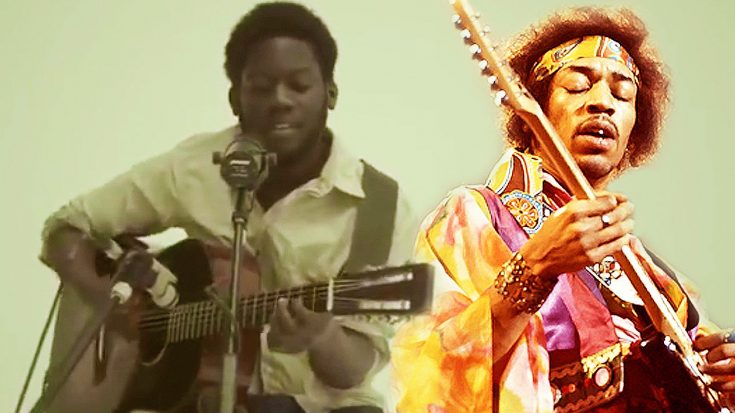 Jimi Hendrix was mostly known for being the greatest guitarist to ever walk this earth. His skill, sound and style was so unique that it makes it nearly impossible to match him. One of the more underrated things about Hendrix was his voice. The man had wonderful lyrics, and his voice was so pure and natural. There will never be another Hendrix, unfortunately, but there have been some solid covers over the years. This cover of “May This Be Love  by Michael Kiwanuka could very well be one of the best Hendrix covers we’ve ever found.

Kiwanuka strips the song down to a simple acoustic form, and showcases his soulful voice. His voice definitely sounds close to Hendrix, and his guitar playing isn’t far off either. Kiwanuka has covered a number of Hendrix songs live and in the studio. He recorded a studio version of “May This Be Love” and included it on his EP Spotify Sessions. Kiwanuka truly is an amazing talent, and if you have the chance, check out his other solo work and covers.

Watch Kiwanuka’s take on “May This Be Love” down below!