Not Done Yet?—Black Sabbath’s Latest Announcement Will Have Fans Jumping For Joy! 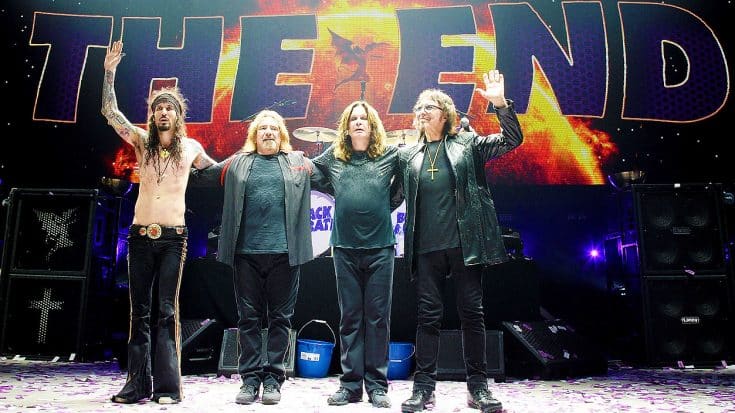 Black Sabbath is coming to…

Back in February, Black Sabbath closed the book on their career with a final performance in their hometown. It was an emotional night as music said goodbye to one of rock and metal’s biggest influences. Or so we thought….

Since their ending, there has been nothing but talks about what the members of the band will do now. Ozzy Osbourne is apparently working on a solo album, and Tomi Iomi isn’t ruling out the possibility of making more music as well. As far as seeing them all together with Black Sabbath again, fans will have one more chance, but not live.

The band taped their final concert, and plan to screen it in theaters for one night only on September 28th. The concert film will show in 1,500 theaters worldwide, and will give fans who didn’t get to see Black Sabbath’s final show, see the magic! The film is being titled The End of the End, and will show the February 4th performance at Birmingham Arena. Tickets are on sale now, and the band plans to expand the amount of theaters that will show the movie in the near future!

Check out fan footage from the show down below!