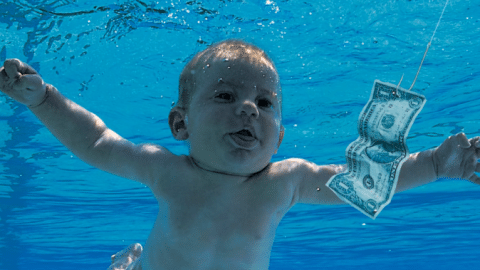 After three years of battling in court, the legal proceedings for the infamous Nevermind album cover by Nirvana has effectively been officially dismissed with its fourth court presentation rejected.

The album cover fiasco started with Spencer Elden, who was the floating baby on the cover, trying to accuse several entities, including the surviving members of Nirvana, photographer Kirk Weddle, and record labels of “child pornography,” due to the fact that he was naked in the iconic image.

The suit was recently just rejected in January this year, but was still offered another chance to reconsider. However, things still turned out against Spencer’s favor as U.S. District Court Judge Fernando Olguin rejects his complaint presentation for the fourth time through issuing an eight-page ruling. According to the judge, Spencer’s claim was “untimely” since it was subjected to a 10-year statute of limitations which is already defunct as of this time.

In an interview, Nirvana’s legal representative mentioned their party’s relief from the “speedy final conclusion” from this “meritless” case. But despite having a breather, it was also mentioned by Spencer’s lawyer Margaret Mabie that he was still not done with the case and Spencer still has intentions to appeal. Mabie cited:

“The Nevermind cover was created at time when Spencer was a baby and it is impossible for him to age out of this victimization while his image remains in distribution.”