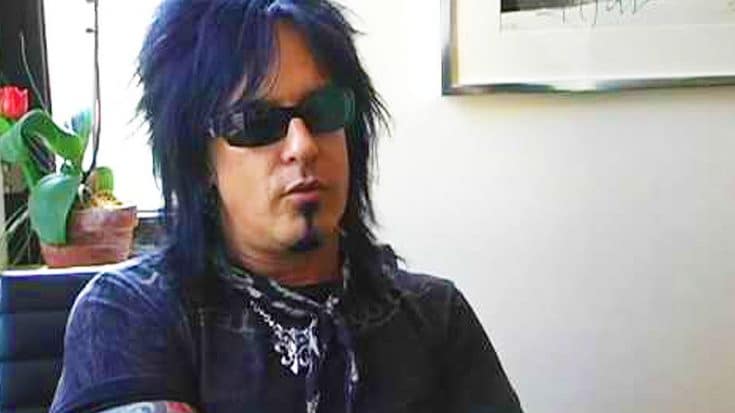 We feel for you, Nikki

Mötley Crüe bassist Nikki Sixx always struggled with drugs and addiction. Throughout the prime of Mötley Crüe’s career, and even in the later years he had a major addiction to heroin. He chronicled his tales in his 2007 book The Heroin Diaries: A Year in the Life of a Shattered Rock Star. Even though Nikki is sober and living a healthy lifestyle now, he recently revealed something else that he has struggled with his entire life.

In a recent interview, Sixx revealed that he still has trouble coping with his parents abandoning him while he was a child. Sixx was abandoned by both his mom and dad a few years apart, and has spent his entire life since trying to get over it, but he just can’t.

“In my deepest, deepest core, the thing that’s haunted me the most and still haunts me is the feeling of abandonment – my dad leaving when I was young and my mom leaving, one at 3, one at 6. I never quite got over that, it’s a horrible feeling. It always comes back to these childhood issues; you still carry them with you, they’re like in your DNA. I don’t care how much therapy [you got], how much you realized it wasn’t about you, it’s still inside, it bothers you…You do your best [to let go]…”– Sixx said.

We really feel for Nikki, and hope he can find peace sooner rather than later. We’re glad he has sobered up, and has started a family.