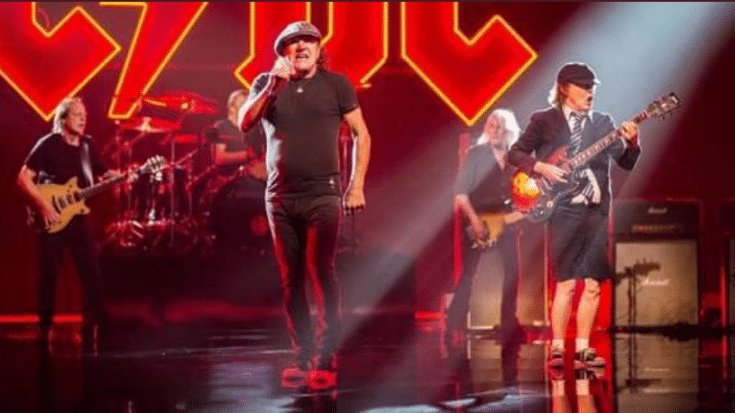 For over a year now, the rumor mill hasn’t stopped whether or not AC/DC members are back together and working on an album and planning a world tour. There have been “confirmations” from rocker friends like Dee Snider who revealed in July that their album is already finished, but while frontman Brian Johnson has remained pretty active with interviews and stuff, the band has kept mum about upcoming releases.

However, photos surfaced last week that appear to show AC/DC filming a new music video. They were briefly posted and then quickly removed from their official website.

Rudd was arrested on November 2014 and therefore failed to join the Rock or Bust tour so seeing him alongside Stevie for the first time is an indication that the images taken are fairly new. A Brazilian AC/DC fansite claimed that this was shot earlier this year in the Netherlands.

As usual, AC/DC has neither confirmed nor denied anything.

In an interview with Joe Walsh on his “Old-Fashioned Rock n’ Roll Radio Show”, Johnson has shared that he’s looking forward to being back on the live stage. He said, “It would be lovely just to get out there … on that stage and just give it everything you’ve got. Can’t live without the music, son!”

These were posted earlier today... With strong RUMOURS that an album will follow this November. Follow AC⚡️DC’s socials for an official announcement. Until then, enjoy the possibility. pic.twitter.com/epZ9sX0Y3Y