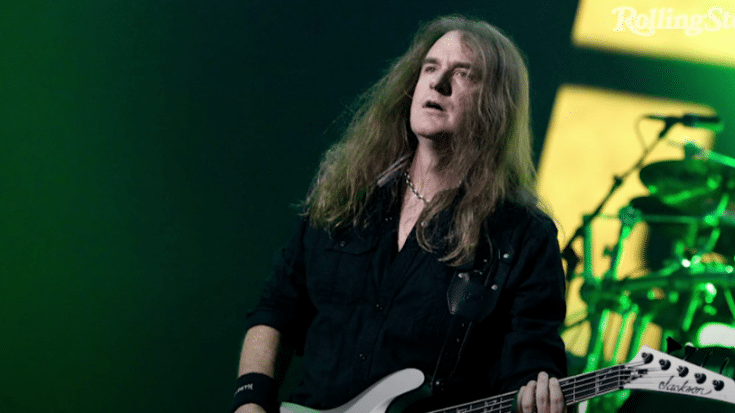 The Charges Are Against The Person Who Leaked The Videos

Not long after he was fired from Megadeth, bassist David Ellefson met with Scottsdale, Arizona police and revealed new details for his revenge-porn case against the person who leaked his controversial videos. In a police report obtained by Rolling Stone magazine, he admitted to “four to five masturbating encounters” online with a Dutch teenager. He’d been sexting with her and the latter recorded a video of one of their encounters without his consent. She apparently also shared it with her friends and the clips eventually made the rounds on the internet, leading to accusations that Ellefson has been grooming an underage girl.

Scottsdale Police Department confirmed that the Dutch woman’s age is 19. Ellefson is pursuing charges against the one who leaked the video and not his 19-year old partner.

According to Ellefson, he first met her when he was signing autographs after a gig in Holland in 2019. The pair struck up a friendship and continued to communicate via social media.

Ellefson claimed that the person responsible for leaking the videos called him “a pedophile”. However, he was told by the band’s management to “‘not do anything and sit tight’ because it would probably ‘blow over’.” Within two hours, however, it turned viral.

Although his partner admitted to sharing it with some of her friends, he “wasn’t sure how it got leaked out to others.”

“She was remorseful and agreed to send out a social media statement on her Instagram account that she had been a willing consenting adult during their mutual virtual sexual encounter,” the report continued.

Megadeth will kick off their tour August 20 and they are yet to announce Ellefson’s replacement.