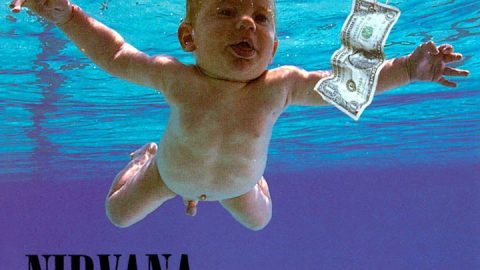 Spencer Elden‘s child-pornography lawsuit against the Nirvana estate for the cover of the band’s 1991 album Nevermind was refiled after the initial complaint was dismissed by a California federal judge on January 3.

Judge Fernando M. Olguin ruled that the case be dismissed after lawyers for Elden missed the December 30 deadline to file an opposition to the Nirvana estate’s request. Lawyers for the defendants argued the suit was time-barred and that Elden “spent three decades profiting from his celebrity as the self-anointed ‘Nirvana Baby.'”

Elden was given until January 13 to file a second complaint which he met the deadline and filed papers on January 12 to reinstate the case.

The lawsuit alleges that in the,

“10 years preceding the filing of this action each Defendant knowingly possessed, transported, reproduced, advertised, promoted, presented, distributed, provided and/or obtained child pornography depicting Spencer, who had not attained the age of 18 years when this image was printed on the cover of Nirvana’s ‘Nevermind’ album.”

The initial suit was filed on August 23, 2021 in a California court in which Elden is asking a worth of damages of at least $150,000 from each of the defendants due to an alleged photograph of him at the age of 4 months was not taken with his consent and that the Nevermind album cover constitutes as child pornography.