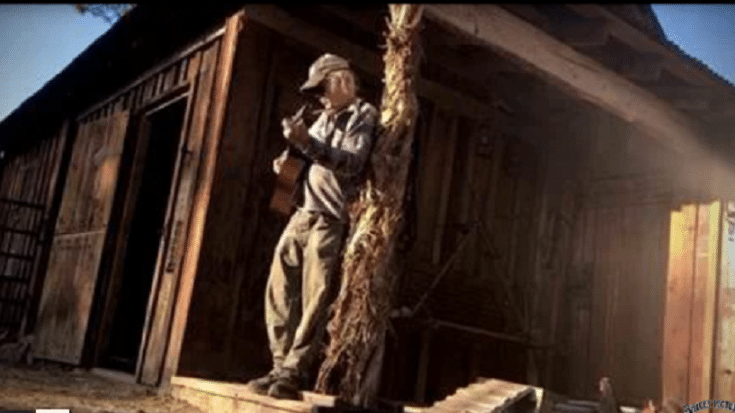 For the latest installment of Neil Young’s Fireside Sessions, he performs in their barn and calls the episode a Barnyard Edition. The 30-minute session features a mix of classics and rarities. He opens the home concert with his 2014 Storytone tune “Tumbleweed” followed by “Homegrown.” Other songs he plays include the title track to his 1972 LP “Harvest,” “Old Man,” an acoustic version of “Everybody Knows This Is Nowhere,” and he then wraps it all up with “War of Man.”

The Fireside Sessions began in March and all the episodes were directed by his wife actress Daryl Hannah. Young wrote, “The sessions will continue. They’re good for us all. I hope we don’t run out of songs, but probably that would take a long time. These songs are for all of us, left, right, in between. ALL. We are stronger together.”

The 74-year old rock icon is set to finally release his “Homegrown” on June 19. He recorded it in 1974 but was shelved to make way for “Tonight’s the Night.” Although some songs were featured in his other LPs, there are also previously unreleased tracks.

When he announced that it will finally see the light of day, he wrote: “This album ‘Homegrown’ should have been there for you a couple of years after ‘Harvest’. It’s the sad side of a love affair. The damage done. The heartache. I just couldn’t listen to it. I wanted to move on. So I kept it to myself, hidden away in the vault, on the shelf, in the back of my mind….but I should have shared it.”