Neil Young Gives His First EVER Performance Of “Heart Of Gold,” Live In ’71 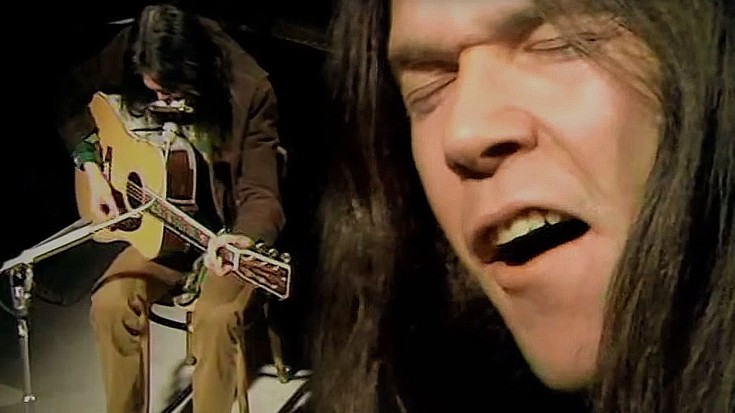 In 1971, Canadian singer-songwriter Neil Young took to the stage for the very first time following a back injury that would render him unable to stand for long periods of time. During his brief break from live performances, Young penned the lyrics to the haunting folk ballad ‘Heart Of Gold,’ a song about searching for love in a world that is progressively becoming darker; with no pathos and a fairly straightforward metaphor, ‘Heart Of Gold’ was a massive departure from Young’s previous work – and a massive hit.

This 1971 performance features Young, armed with only a jacket full of harmonicas – you can even see him digging around, trying to find the harmonica in the correct tuning for ‘Heart Of Gold’ – and an acoustic guitar, and it’s the triple threat of Neil’s voice and dual harmonica and guitar playing that made this one of the most critically acclaimed performances of his entire career.

‘Heart Of Gold’ is so different than we’re used to hearing from Neil, and it’s so good that it makes you wish we saw more of his sentimental side – he’s got a tremendous gift for expressing feelings that we never knew he had!