Neal Schon To Auction Off 112 Guitars, including his Don’t Stop Believin’ 1977 Gibson 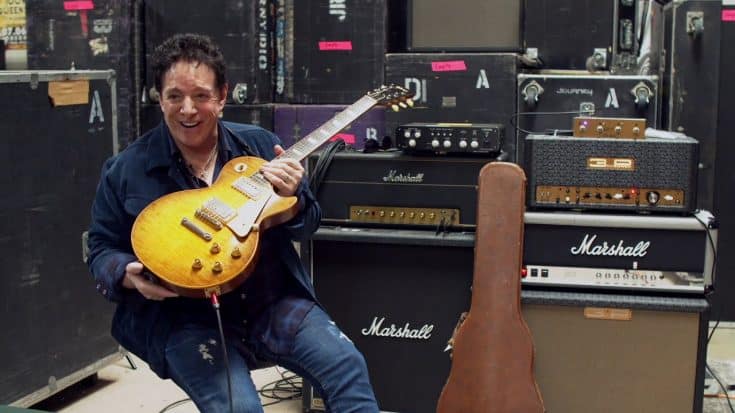 Bidding Starts In A Few Days

Neal Schon’s 112 electric and acoustic guitars are hitting the auction block later this month. On July 12, fans can bid on his prized six-string possessions from his extensive collection. Heritage Auctions will host the event in Dallas, Texas.

“These are guitars I’ve been collecting for a very long time,” Schon said, “and it’s time to let go of some of my collection to make room for new arrivals.”

One of the highlights include the guitar he used on Journey’s 1981 album Escape, particularly in their monster hit Don’t Stop Believin’ – a black 1977 Gibson Les Paul Deluxe. He used the same iconic guitar on their 1980 The Escape Tour.

Another is the 1974 Guild F-50 acoustic he used to write Wheel in the Sky and Patiently for their 1978 LP Infinity. He wrote the songs in a hotel room in Denver along with lead singer and frontman Steve Perry. Schon called it his “room warm-up guitar” and explained that “It holds history, and it’s on a lot of famous songs.”

“I don’t think there’s any one guitar that defines me – I define myself,” Schon said. “It comes from your fingers. It’s in between your fingers and whatever amp you’re plugging into and how you have that guitar set and your own picking style.”

“All these guitars have a story, a history,” he added.