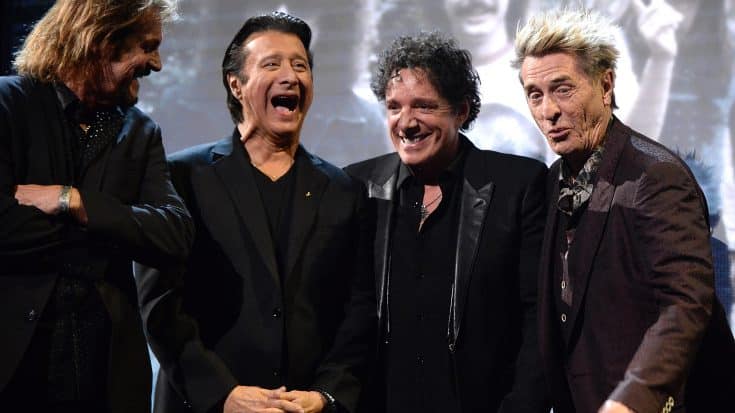 Going through the issue, Perry wants to cancel trademark registrations for 20 Journey songs filed by Schon and Jonathan Cain which includes some of their hits, “Anyway You Want It”, “Open Arms” and “Separate Ways” to name a few.

Earlier this year, these were registered by Cain and Schon through Freedom JN LLC for use on various merchandise. On the other hand, Perry claimed that these moves violated a previous legal agreement which states that “prior, written unanimous consent of all partners in each instance” is required.

Perry, considering to be the only credited songwriter on several songs, claimed that “false or misleading information” was used by the two during the process of securing the trademarks. Meanwhile, Schon said that his efforts to figure out the Journey’s trademark issues sparked the band rift in 2020 that led to a split with bassist Ross Valory and drummer Steve Smith.

Aside from that, Perry and Journey’s late manager Herbie Herbert already voted over control of the corporate entity set up by Herbert to manage Journey. Schon wrote on Facebook:

“They knew all this time I’d been investigating our trademarks for years.”

He said he’s been “trying to get to the bottom of all the corruption, as [my wife and I] found that nothing had ever been trademarked besides our music. They all went for a takeover and it didn’t work. Quite simple.”

“At this point, I decided to go for all album titles as well as song titles,” after learning that “songwriting and copyrights have nothing to do with trademarks,” he added while sharing that this was something he learned when he found a legitimate trademark attorney to help him sort things out. He also assured the fans by saying:

“As long as I’m here, there will always be Journey.

“You haven’t heard the last of this, friends, We are going to peel back the onion.”