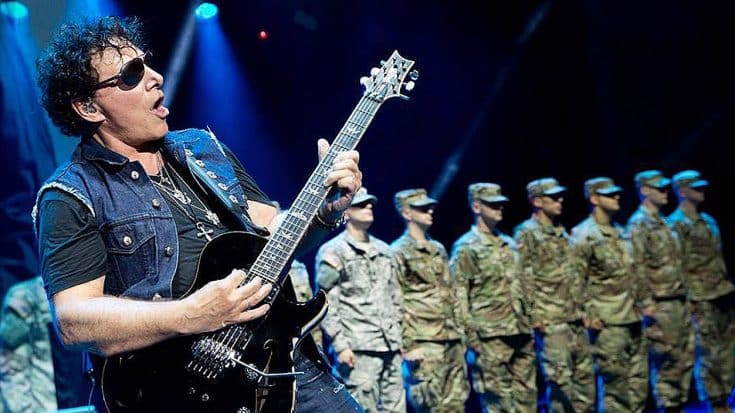 Well That’s Awfully Nice Of Him!

Let me ask you a question. How much money would pay for one of Neal Schon’s personal guitars? Not even a high-end PRS, which he’s known for using, but just any old guitar that he’s played even just once. You’d pay a lot of money, right? And understandably so! In fact, if I had the money, I’d be willing to drop a ton of cash for just about anything that Neal has owned at any point in time.

That being said, a guy like Neal could rightfully charge a lot of money for items that once belonged to him, perhaps at an auction. But luckily for the much-anticipated Oklahoma Museum of Popular Culture (OKPOP), they won’t have to pay a cent!

During a press conference at the BOK Center in Tulsa, Oklahoma, Neal announced that he is going to be donating a plethora of guitars, platinum records, and other items to the Museum. He had this to say…

“We’re going to get a nice collection for you all. I’m going to have to go through my zillion guitars and figure out which ones I’m going to ship. I’m also going to get you a giant platinum plaque with all our records on it.”

News on when the museum will open has yet to be announced, but needless to say, if you’re in the Tulsa, you should get VERY excited because where else are you going to get the chance to see come one-of-a-kind guitars played by Neal himself!?!