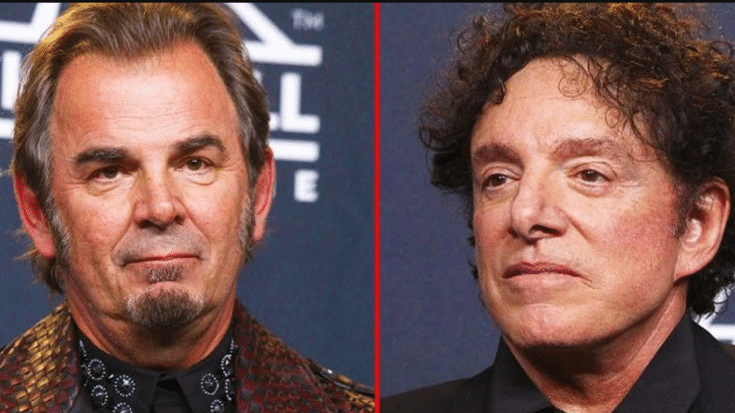 During an event at Trump’s Florida Mar-a-Lago home, Cain sang the band’s 1981 hit song “Don’t Stop Believin'” with Republican heavyweights including Marjorie Taylor Greene and Kari Lake. This incensed Schon. Paula White, a televangelist who is married to Cain, presided over the evangelical advisory group throughout the Trump administration. According to a credible source, Schon’s cease-and-desist letter reads in part:

“Although Mr. Cain is free to express his personal beliefs and associations, when he does that on behalf of Journey or for the band, such conduct is extremely deleterious to the Journey brand as it polarizes the band’s fans and outreach. Journey is not, and should not be, political.”

Schon’s letter also stated that he did not intend to “further add to the animosity that is currently plaguing the band and the relationship between Mr. Schon and Mr. Cain.” A representative for Cain told Variety:

“Schon is just frustrated that he keeps losing in court and is now falsely claiming that the song has been used at political rallies.”

For allegedly limiting Schon’s access to details on a credit card the keyboardist acquired in the group’s name, Cain was sued by Schon last month. In response, Cain said Schon was the one who had racked up “enormous personal costs” on the account.

The band’s co-managers decided to step down earlier this month in favor of employing CMS Management’s Mike Kobayashi, whose organization manages stars like Def Leppard and Stevie Nicks.

Have a listen right around 9:25 to hear Jon talk about politics / religion and our music … https://t.co/fUUYrQcLeq pic.twitter.com/SzixhbE1c7