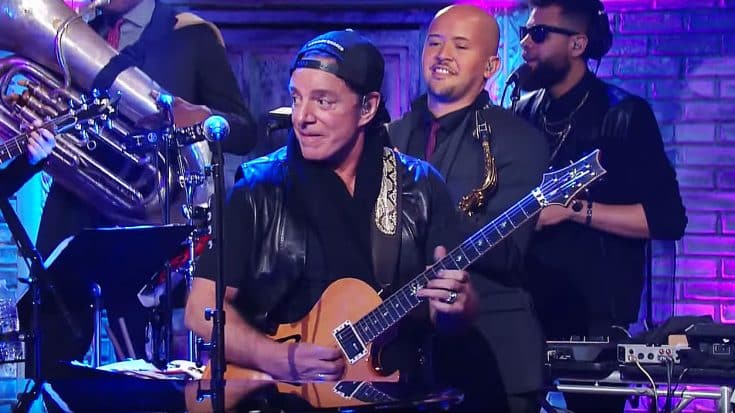 The Shred Master Is Here!

Tomorrow is the day! The 2017 Rock & Roll Hall Of Fame induction ceremony is set to take place and it will feature such legendary bands like Yes, Electric Light Orchestra, and the iconic Journey. Speaking of which, it goes without saying that Journey are probably the most deserving band amongst them all to be inducted into the hall. This band is truly one of the most cherished rock bands of their time with a song catalogue that is truly unmatched. They are one of the best, pure and simple.

It is a matter of hours before this band is inducted into the rock and roll hall of fame and guitarist Neal Schon is hard at work. For example, when he crashed late night TV last night on Stephen Colbert’s late night show to join his house band for a on the spot performance!

What you’re about to watch is a video in which the aforementioned Neal Schon plays Don’t Stop Believin‘ for a surprised crowd. See for yourself!