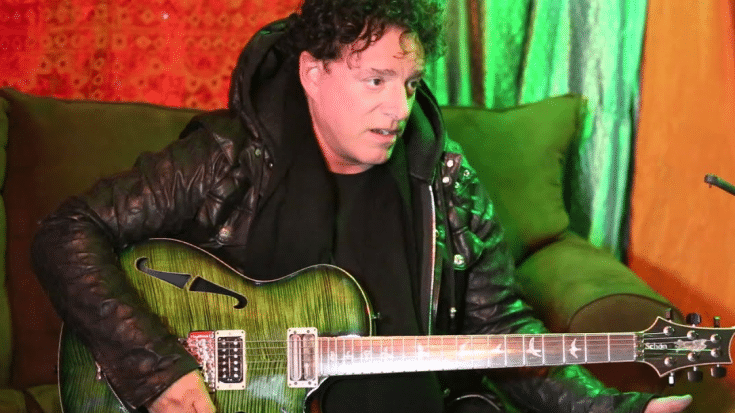 Cruise to the Edge, a prog rock music festival, was accused by Journey guitarist Neal Schon for “ripping off” the artwork for Journey’s classic 1981 album, Escape.

The lineup for the 2024 edition of the festival cruise was revealed through a promotional flyer a few days ago which featured a not-so-subtle nod to the Escape cover. Originally, the artwork features a scarab-like spaceship bursting out from a shattered plane.

While in the Cruise to the Edge poster, that scarab ship has been replaced by a cruise ship that is flying outward, a shattered orb resembling a planet. This immediately caught the attention of Schon who wrote on his Twitter account:

“What the fuck do people think? That your not going to see this? It’s a blatant rip off”

It didn’t end there because Schon even commented on the official announcement post made by InsideOut Music record label’s Facebook page. He said:

“Give me a fucking break. It’s Journeys Escape art.”

Meanwhile, Journey will be launching their 50th anniversary Freedom Tour with Toto next year.

New music coming and now and encore on Cruise To The Edge 2024!
We are pleased to announce the return of Klone ! 🎶https://t.co/kNvIP9IJTr #ctte2024 #klone #france🇫🇷 #cruise #progressiverock #cruisetotheedge
KLONE pic.twitter.com/SDsvQRVzo9