Nashville Rockers Kings Of Leon Tackle Eagles’ “Take It Easy” For A Fun, Faithful Tribute To The Legends 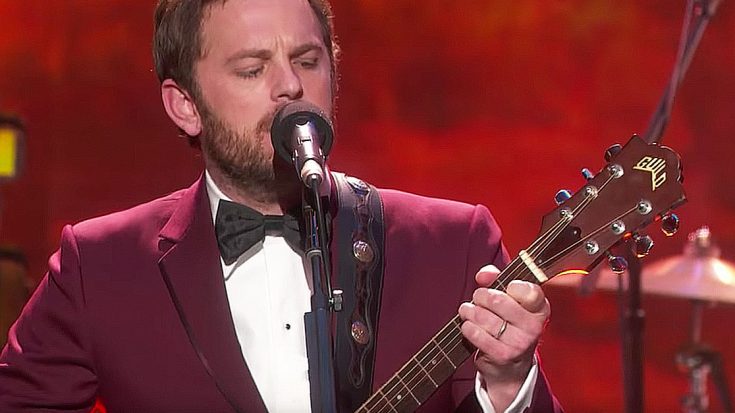 Kings of Leon Say Thank You To The Eagles

The coolest part of the Kennedy Center Honors, by far, is getting to see all of the musical tributes. Sure, the recipients know that their music has had an impact on the world at large and influenced countless generations after them, but it’s a beast of a completely different nature to get to actually see the product of your influence singing your songs right back to you – so it’s no surprise that the Eagles teared up a little when Nashville rockers Kings of Leon saluted the band with a fun, faithful cover of “Take It Easy”.

In a year that’s seen the loss of the Eagles’ fearless leader Glenn Frey the significance of watching these four young men, wildly successful in their own right with 4 Grammy Awards to their name, isn’t lost on us and judging by the look on their faces we don’t think it was lost on surviving band members Don Henley, Joe Walsh, and Timothy B. Schmit, either.

Kings of Leon frontman Caleb Followill does a fantastic job of leading the charge, stepping into Glenn’s role as lead vocalist and rhythm guitarist for “Take It Easy” while guitarist Matthew Followill gets a watery smile out of the Eagles with a guitar solo that kicks off at around 1:47, while the band’s chorus of “Ooh,ooh” directly after finds Joe Walsh quietly singing right along with them. It’s not a carbon copy of the original, but it isn’t meant to be; this is one band’s way of saying thank you to a great band comprised of even greater musicians that no doubt had a major hand in putting them on their own path to greatness.