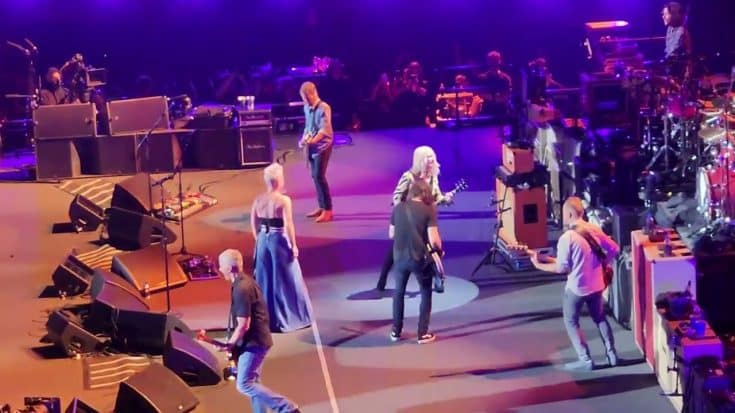 Nancy Wilson was also included in the list of famous performers at the Taylor Hawkins Tribute Concert in Los Angeles last September 27.

She was joined onstage by the Foo Fighters, former Queens of the Stone Age drummer John Theodore and Pink.

Dave Grohl asked the crowd as he introduced the pop singer, “Who can sing a Heart song?” he exclaimed, “I’ll you who. Pink can sing a fuckin’ Heart song.” The band then started playing what Grohl described as “his favorite” Heart song, the 1977’s “Barracuda.”

Prior to the concert weeks ago, Wilson released an original composition to Hawkins entitled “Amigo Amiga.” Upon knowing the news, Wilson wrote:

“Fuck, this hurts! My brother Taylor is gone? I cannot believe or understand this.

“I was so lucky to work with him at his awesome studio, and he was surely eccentric only in the best and most hysterical way. Nobody is going to be ok for a long time. Not his gorgeous family or his gorgeous brotherhood of a true rock band Foo Fighters. I love you. Party in the angel ballroom.”

Wilson, Hawkins, and the whole band have worked together on several occasions. Both have appeared on each other’s works which started a quite beautiful friendship. Watch their fan-filmed performance below.