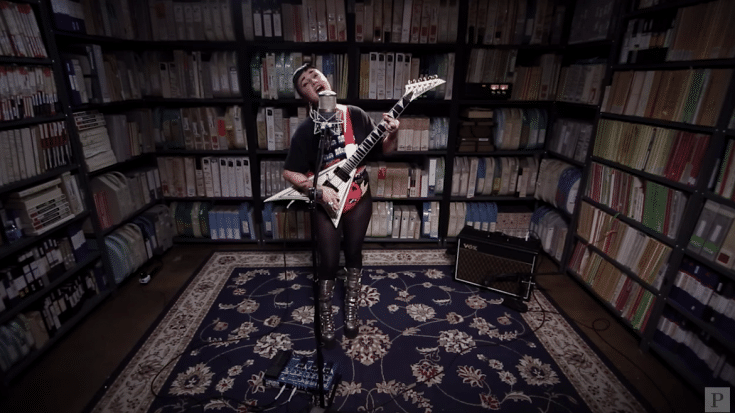 The Magic Carpet Waits For You

The Jimi Hendrix Experience released “Have You Ever Been (To Electric Ladyland),” in 1968- instantly becoming one of rock’s masterpieces. The psychedelic rock triumph proved that the English- American band was a definite force to be reckoned with. The song is the title track of their groundbreaking album. It includes a short instrumental intro that every musician can recognize “…And the Gods Made Love.”

Nai Palm is the vocalist and guitarist from Hiatus Kaiyote. She is a life force of music hailing from Melbourne, Australia. She’s also got a few awards under her belt including Best Breakthrough Artist Of The Year (Gilles Peterson Worldwide Awards 2013) and Best Emerging Artist (Music Victoria Age Awards 2014). Nai Palm is also was also nominated for a Grammy in 2014 for Best R&B Performance- she can pretty much sing anything and everything.

Have you ever been (have you ever been)
To Electric Ladyland?
The magic carpet waits, for you.
So don’t you be late
Oh, (I wanna show you), the different emotions
(I wanna run to) the sounds and motions
Electric woman waits for you and me
So it’s time we take a ride
we can cast all of your hang-ups over
the seaside.

The phenomenal musician took a visit to the Paste Studios in 2017. Interestingly enough, where she recorded her rendition of “Electric Ladyland” is in the same city where The Jimi Hendrix Experience recorded the song- New York, NY! Can’t beat that for locale. This girl is legit in every sense and the best part is that the entire feel of her rendition is real.

Nail Palm isn’t attempting to sound like Jimi or rip-off his music- she’s paying a genuine tribute to someone who inspired her…and that’s a music maker! One thing she keeps identical to Jimi is her pure grit. And it’s perfect.

Watch Nai Palm below and keep up with here on her Facebook!