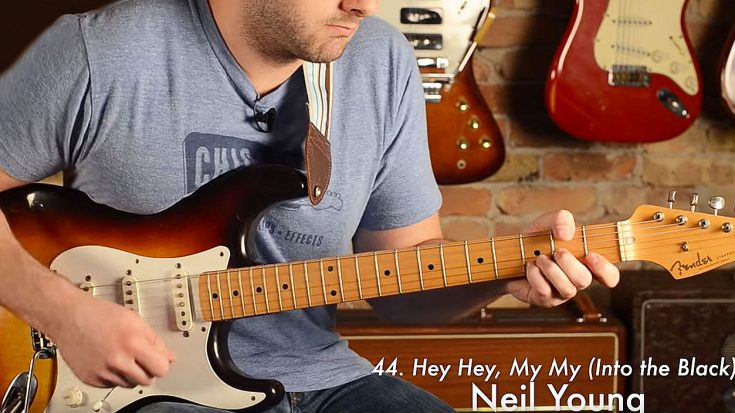 From Shop Owner To Guitar Idol!

Now, there has got to be thousands upon thousands of legendary rock guitar riffs to choose from in a situation like this. Rock riffs truly stand the test of time as some of the most recognizable and exciting sounds that we as ordinary people have come to know, which is key in the video you’re about to see. You give a great guitarist 100 riffs to play in under 12 minutes and he’ll give you 100 separate moments of nostalgia rushes. It’s genius if I do say so myself.

What you’re about to watch is a video in which a guitarist from a guitar shop is filmed playing 100 classic rock riffs in a single take. While this seems like a daunting task, this man is able to accomplish it with flying colors. Is that statement too bold? Well, it may be, but you be the judge then!