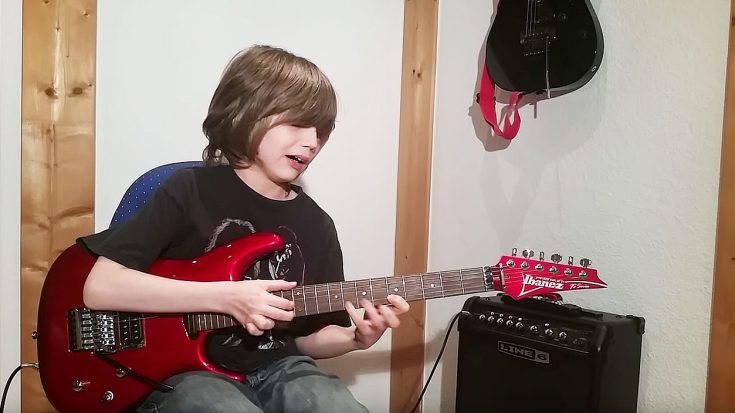 How Do His Fingers Move So Fast!?!

For as long as just about anyone could remember, Eddie Van Halen’s iconic solo “Eruption” has been one of the most covered guitar solos ever. It’s a solo that has it all. Shredding, tapping, dive-bombs, and everything in between. Since Eddie Van Halen first performed it, it has been shamelessly duplicated not just by kids in their bedrooms, but also by other legendary guitarists.

My point is that it’s a great solo, no matter which way you slice it. That being said, can you imagine a 12-year-old boy playing this epic solo? Well, you won’t have to imagine. We’ve got the proof! What you’re about to watch is a video in which a 12-year-old boy by the name of Dustin Tomsen take his Ibanez guitar and perform “Eruption”. Not only does he perform this solo, he nails it to perfection! Don’t believe me? See for yourself!