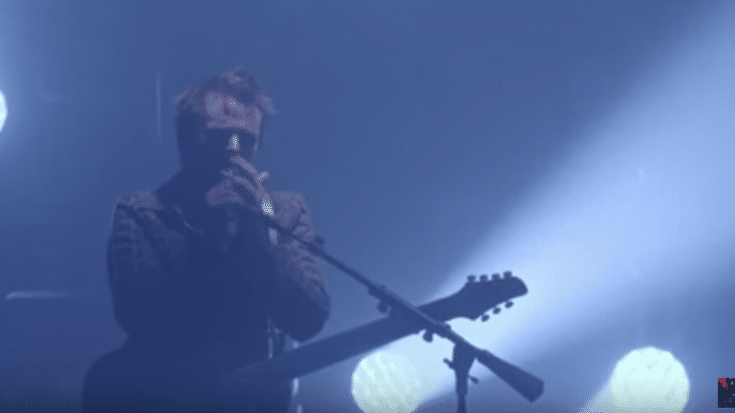 Okay, let me point out the obvious (something you probably figured out already): they sound exactly like the studio version. Seriously! If anything, it even sounds better because this is way more emotional. It’s phenomenal and the whole performance is just perfect. I don’t know why this is one of their underrated tracks though. It’s absolutely splendid and I wish they’d played it as much as their other songs.

This has been compared to other songs like Led Zeppelin’s “Kashmir” and James Bond theme songs. Drummer Dominic Howard commented, “It’s got a little bit of a Bond vibe – it all goes a bit crazy Live and Let Die in the middle.”

That falsetto is jaw-dropping. It makes me think that this guy can sing in the shower and it will still be epic. “Awesome” doesn’t even accurately describe it. If you’re not a Muse fan yet, then I guarantee this will win you over. While there are so many great songs in their catalog, this is definitely one of my personal favorites. I can’t help but envy that lucky crowd for witnessing one of the greatest performances ever. That’s some serious talent right there!