Muse Pay Homage To AC/DC, And Treat Australia To Phenomenal Cover Of ‘Back In Black’! 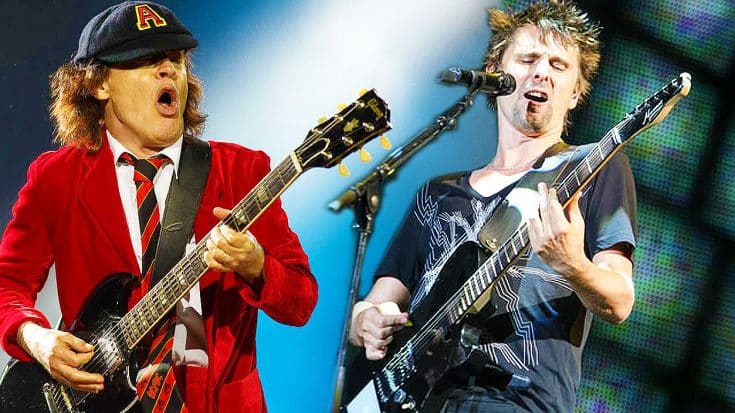 Speaking from personal experience, if you ever get the chance to see Muse live: DO IT! The British rock trio are one of the best bands in today’s day in age, and never fail to put on some of the best live shows you will ever witness. The effects, presentation and music blends so well together, and it’s something any rock fan will definitely appreciate.

Back in 2010, Muse performed Australia’s annual festival called “Big Day Out.” During their headlining performance, the band brought up Jet lead singer Nic Cester to take on the vocals while Muse just provided the backing instrumentals. The result was incredible. Although it is very difficult to duplicate the great Brian Johnson (or Bon Scott, but this song was written after his passing), Cester did a pretty serviceable job! Overall, they all sounded great together, and proved why Muse are one of the best bands in the modern era.

Fun Fact: Back in 2014, Muse confirmed they were collaborating with AC/DC producer Robert ‘Mutt’ Lange on an album.

Check out the awesome cover down below! You won’t be disappointed and be sure to check out more of Muse’s work!