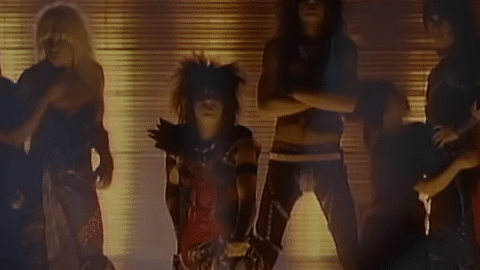 Mötley Crüe are now streaming a remastered version of the “Too Young To Fall In Love,” which was initially released as a single from their 1983 Shout At The Devil.

The album was recorded at Cherokee Studios in Hollywood and was produced by Tom Werman. “Too Young To Fall In Love,” followed the album’s title track and “Looks That Kill” as the third tune issued from the Los Angeles band’s second record.

The song delivered their commercial breakthrough when it reached No. 17 on the US Billboard 200 on its way to sales of more than 4 million in the region. Meanwhile, Motley Crue are currently playing dates on a North American Stadium Tour with Def Leppard. After a series of pandemic delays, the tour launched in Atlanta last June 16.

Looking back, Motley Crue have signed an “unprecedented” cessation of touring agreement saying that they would never play together again seven years ago. Meanwhile, the heavy metal band said that the contract is now off the table due to “relentless demand” from fans following the success of recent Netflix biopic, The Dirt.

The ongoing trek marks as their first appearance after their official farewell tour in 2015. The 2022 stadium series is scheduled to wrap up in Las Vegas on September 9. Watch the official video below.