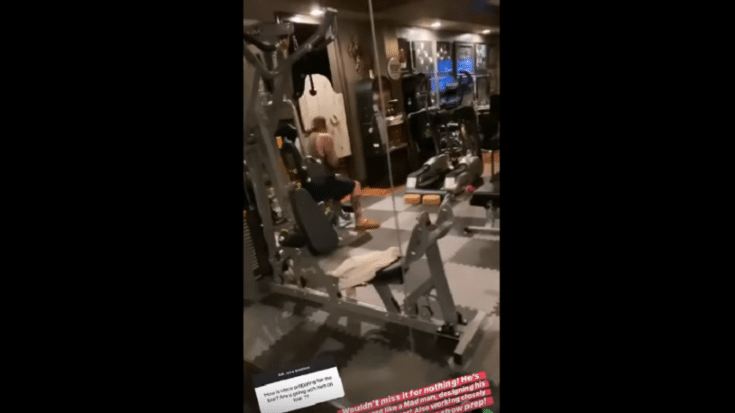 Vince Neil Is “Working Out Like A Mad Man”

With thousands more getting infected every day with the coronavirus, not only are major public events prohibited but people are advised to stay at home and practice self-isolation and social distancing. Thus, it goes without saying that concerts had to be moved to later dates or canceled. For several rock acts, they took this time to stay at home with their families or continue performing to fans via the internet.

But for Mötley Crüe, they are still training and practicing in preparation for their highly anticipated stadium tour. Vince Neil’s longtime girlfriend Rain Hannah posted a clip on Instagram showing Neil hard at work in his home gym in Franklin, Tennessee. You can check it out below.

Hannah was asked whether she’s going with him on the trek and how he’s preparing himself. She responded with: “Wouldn’t miss it for nothing! He’s working out like a Mad man, designing his wardrobe and gear! Also working closely with the band guys on show prep!”

“The Stadium Tour” is slated to kick off on June 18 in Jacksonville, Florida.