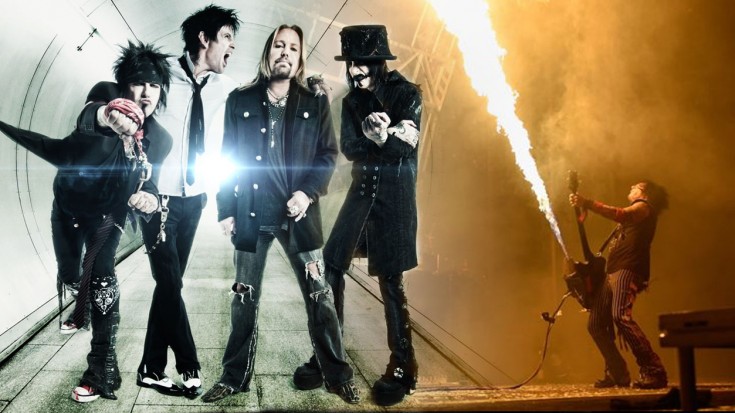 If you would have asked anyone pre ’85 if Motley Crue would have released a power ballad, I’m sure you’d have a lot more people shaking their heads in disbelief opposed to thinking this might be a possibility.

“Home Sweet Home” was originally released in 1985 on the album Theatre of Pain, and again in 1991 for the Decade of Decadence compilation album.

“Bands didn’t have a power ballad and MTV as a vehicle to have a hit,” he said. “That just wasn’t the way it was. After ‘Home Sweet Home‘, every band had the one ballad that came as their second or third single.”

“Home Sweet Home” has become an anthem for Crue fans around the world, and this video show just how powerful this ballad has really become. Whether you’re a fan of the original or a cover- one thing we know for certain, we are loving it!