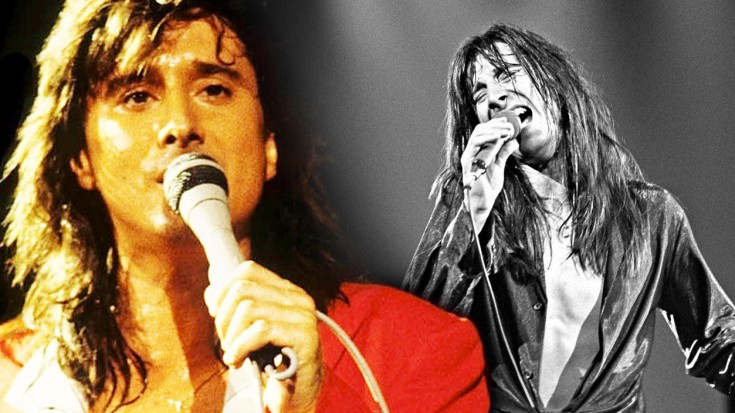 The story of the small town girl…

‘Don’t Stop Believing’ by arena rockers Journey may very well be the greatest song ever written – period. About the small town girl and the city boy both searching for something more than their respective cities and towns, ‘Don’t Stop Believing’ is feel-good anthem designed to pick you up at your lowest point, and inspire you to keep moving forward if you’re already on the path to where you want to be.

Why is this so CATCHY? The song’s unique structure!

The band made a point to put the chorus at the end, and making everything before it a build up to everyone’s favorite part!

While ‘Don’t Stop Believin” wasn’t Journey’s biggest hit on the charts, it’s definitely their most enduring and most popular, used in everything from TV’s The Sopranos to hit movie The Losers.

Former vocalist Steve Perry said of this song: “Everybody has emotional issues and problems, and the song has helped me personally to not give up, and I’m finding a lot of people feel that.”

A singer in a smoky room
A smell of wine and cheap perfume
For a smile they can share the night
It goes on and on, and on, and on

Strangers waiting
Up and down the boulevard
Their shadows searching in the night
Streetlights, people
Living just to find emotion
Hiding somewhere in the night

Working hard to get my fill
Everybody wants a thrill
Payin’ anything to roll the dice
Just one more time
Some will win, some will lose
Some were born to sing the blues
Oh, the movie never ends
It goes on and on, and on, and on