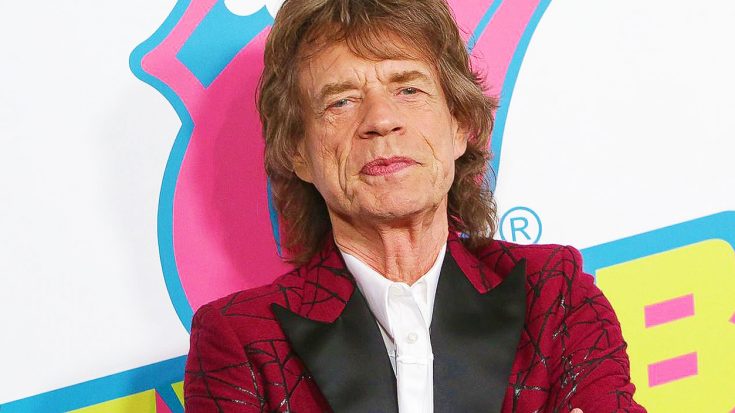 “Out of the blue, I got an email from a guy I didn’t know, Daniel Pemberton. I’d heard of him, because he’d done quite a lot of TV and film music, English guy, and he’d gotten a lot of kudos, nominations for awards. He said, ‘Would you be interested in doing this TV theme?’ I’m always up for doing something different.”

Pemberton, who produced the song said in a statement:

“Working with Mick Jagger has been one of the most exciting collaborations of my professional career. I think we have managed to create an incredibly unique and original titles theme and I cannot wait for the rest of the world to hear it.”

“We always wanted a song to set the tone for the show and there was only ever one name in my mind—Mick Jagger. Hearing the track for the first time was utterly thrilling. Mick’s lyrics and performance have totally nailed the mood of Slow Horses, with all the humor and swagger I dreamed of.”

Slow Horses is a spy thriller starring Gary Oldman as Jackson Lamb. It is based on a book series by Mick Herron that follows a group of British intelligence agents that works at Slough House on the outskirts of London. The six-part series also features Kristen Scott Thomas, Jonathan Pryce, Olivia Cook and Jack Lowden.

When Pemberton approached Jagger about the project, the singer was already familiar with the story as he told Variety:

“It’s a quite popular series of books, so I knew what it was about.

“I knew the vibe really well, so as soon as he sent the track to me, I just dashed off a few pages of notes of what I thought it was about. It came very, very quickly, which is always a good sign.”

Pemberton played Jagger a basic guitar part over Zoom and Jagger started working on the rest of the song after the call, he shared via Rolling Stones:

“I just recorded it on my iPhone and sent it to him, and he loved it.

“And then we had to do a bit of crafting, trying to get a chorus, calling it ‘Strange Game’ and trying to get the verses from the point of view of the main character. It’s quite irreverent, but the Gary Oldman character is irreverent. It’s also slightly eerie, so it combines those two things. You don’t want to make it too serious.”

Listen to his new single below.